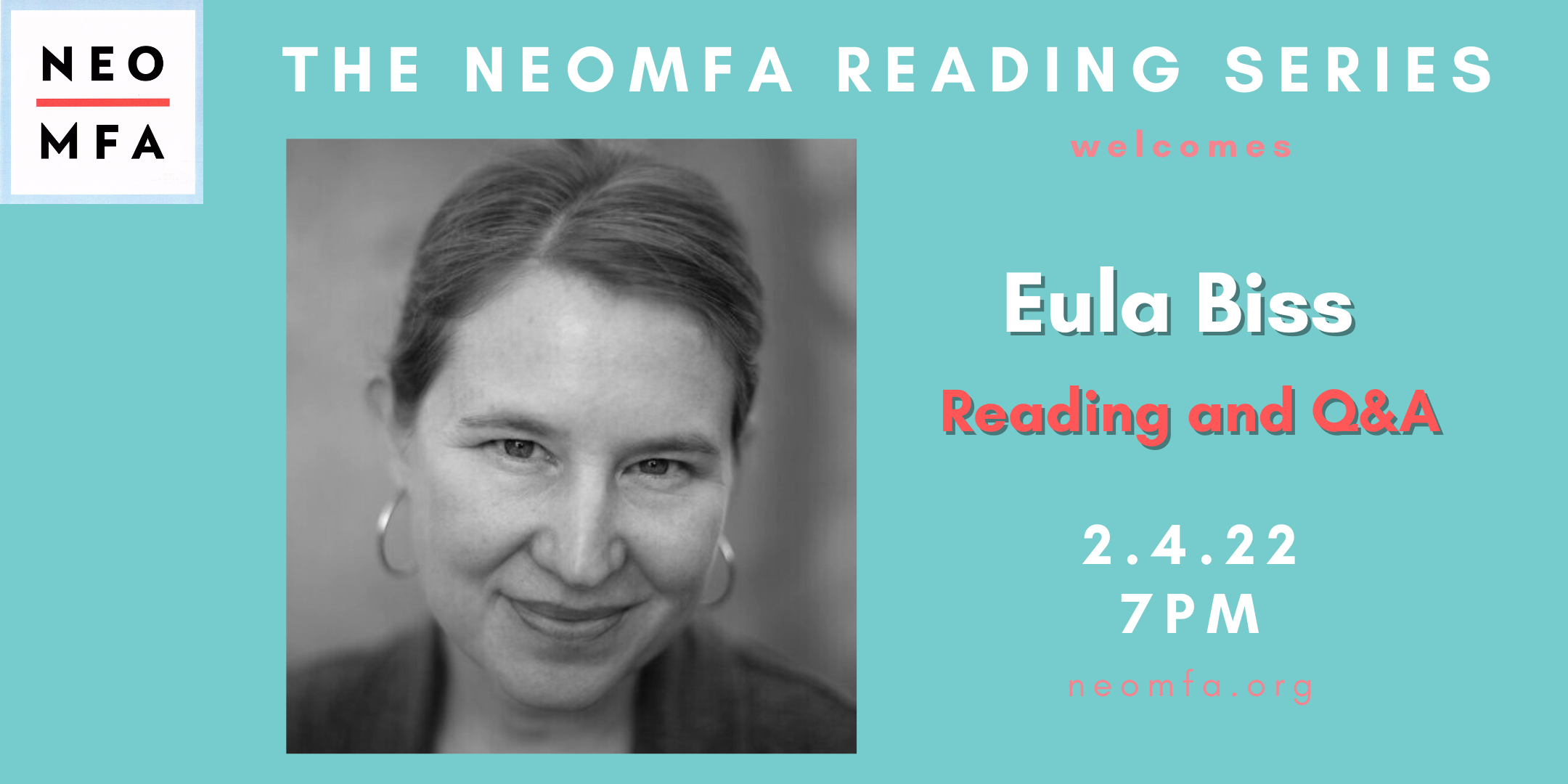 Join us for an evening with Eula Biss, which will include a reading and Q&A to follow, moderated by NEOMFA faculty member David Giffels (Barnstorming

Join us for an evening with Eula Biss, which will include a reading and Q&A to follow, moderated by NEOMFA faculty member David Giffels (Barnstorming Ohio, Furnishing Eternity). This event will be virtual (Zoom).

Eula Biss is the author of four books, most recently Having and Being Had (Riverhead Books, 2020.) A New York Times Editor’s Choice, it was named a Best Book of the Year by Time and NPR. Alexander Chee praised it as “A brilliant, lacerating re-examination of our relationship to what we own and why, and who in turn might own us in ways we didn’t know we consented to—what could be more necessary now?” Her previous book, On Immunity: An Inoculation (Graywolf Press, 2014) was a New York Times bestseller, and was named one of the Ten Best Books of 2014 by the New York Times Book Review, New York Magazine, Chicago Tribune, Publisher’s Weekly, the Los Angeles Times and more. Other books include Notes from No Man’s Land (Graywolf Press, 2009), winner of the 2010 National Book Critics Circle Award for criticism and the Graywolf Press Nonfiction Prize, and The Balloonists (Hanging Loose Press, 2002).

Her work has been translated into over ten languages and has been recognized by a Guggenheim Fellowship, a National Endowment for the Arts Literature Fellowship, a Howard Foundation Fellowship, a Rona Jaffe Writers’ Award, a 21st Century Award from the Chicago Public Library, and a Pushcart Prize. Her essays and poems have recently appeared in the New Yorker, the Guardian, the Times Literary Supplement, The Believer, Harper’s, and the New York Times Magazine.

Biss holds an MFA in nonfiction writing from the University of Iowa and taught writing at Northwestern for fifteen years. She lives outside of Chicago with her husband and son.