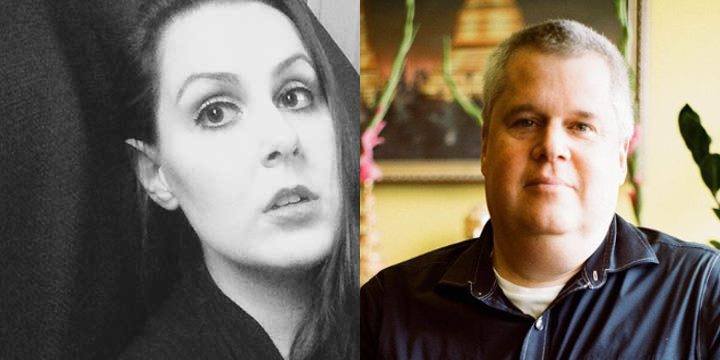 Join us for an evening with alumna, Meg Johnson, as she reads from her newest poetry collection, WITHOUT: BODY, NAME, COUNTRY, followed by a conversation with best-selling author of A

Join us for an evening with alumna, Meg Johnson, as she reads from her newest poetry collection, WITHOUT: BODY, NAME, COUNTRY, followed by a conversation with best-selling author of A SERIES OF UNFORTUNATE EVENTS, Daniel Handler.

Meg Johnson is the author of the books Without: Body, Name, Country (Vine Leaves Press, 2020), The Crimes of Clara Turlington (Vine Leaves Press, 2015), and Inappropriate Sleepover (The National Poetry Review Press, 2014). Her writing has appeared in Hobart, Ms. Magazine, Nashville Review, Painted Bride Quarterly, Superstition Review, and many other publications. She received her MFA from the NEOMFA Program and has taught writing at various colleges. She was writer-in-residence at Fairhope Center for the Writing Arts in 2019. Her website is: www.megjohnson.org

Daniel Handler is the author of seven novels, including Why We Broke Up, We Are Pirates All The Dirty Parts and, most recently, Bottle Grove. As Lemony Snicket, he is responsible for numerous books for children, including the thirteen-volume A Series Of Unfortunate Events, the four-volume All The Wrong Questions, and The Dark, which won the Charlotte Zolotow Award. He has received commissions from the San Francisco Symphony, Berkeley Reparatory Theater and the Royal Shakespeare Company, and has collaborated with artist Maira Kalman on a series of books for the Museum of Modern Art in New York, including Girls Standing on Lawns, Hurry Up and Wait and Weather, Weather. His books have sold more than 70 million copies and have been translated into 40 languages, and have been adapted for film, stage and television, including the recent adaptation of A Series of Unfortunate Events for which he was awarded both the Peabody and the Writers Guild of America awards. He lives in San Francisco with the illustrator Lisa Brown, to whom he is married and with whom he has collaborated on several books and one son.