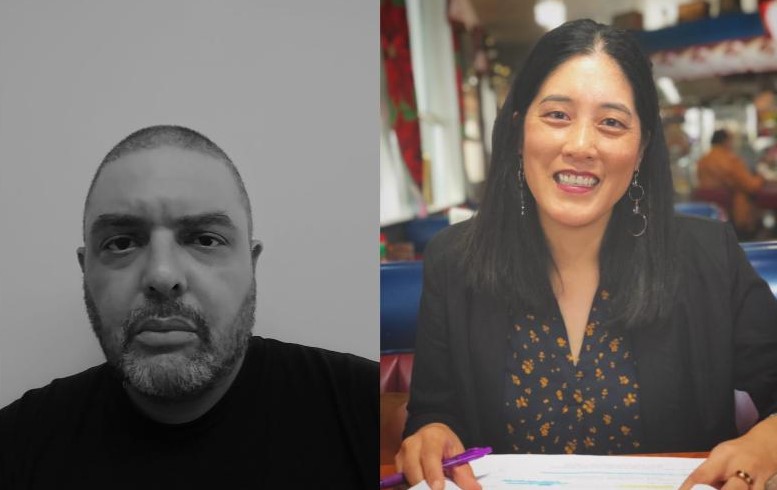 Join us for an evening with poets, Victoria Chang and Shane McCrae! The night will consist of a reading, followed by a conversation between Shane & Victoria, and then an

Join us for an evening with poets, Victoria Chang and Shane McCrae! The night will consist of a reading, followed by a conversation between Shane & Victoria, and then an audience Q&A.

Victoria Chang’s poetry books include OBIT, Barbie Chang, The Boss, Salvinia Molesta, and Circle. OBIT was named a New York Times Notable Book and a TIME best book of the year. The book received the Los Angeles Times Book Prize, the Anisfield-Wolf Book Award, and the PEN Voelcker Award. It was also longlisted for a National Book Award and named a finalist for the National Book Critics Circle Award and the Griffin International Poetry Prize. Her children’s picture book, Is Mommy?, was illustrated by Marla Frazee and published by Beach Lane Books/Simon & Schuster. It was named a New York Times Notable Book. Her middle grade novel, Love, Love was published by Sterling Publishing. She has received a Guggenheim Fellowship, a Sustainable Arts Foundation Fellowship, the Poetry Society of America’s Alice Fay Di Castagnola Award, a Pushcart Prize, a Lannan Residency Fellowship, and a Katherine Min MacDowell Colony Fellowship. She lives in Los Angeles and is the Program Chair of Antioch’s Low-Residency MFA Program.

Shane McCrae’s most recent books are Sometimes I Never Suffered, shortlisted for the T. S. Eliot Prize and the Rilke Prize, and The Gilded Auction Block, both published by Farrar, Straus and Giroux. He has received a Lannan Literary Award, a Whiting Writer’s Award, an Anisfield-Wolf Book Award, a Pushcart Prize, and fellowships from the Guggenheim Foundation, the National Endowment for the Arts, and the New York Foundation for the Arts. He lives in New York City and teaches at Columbia University.